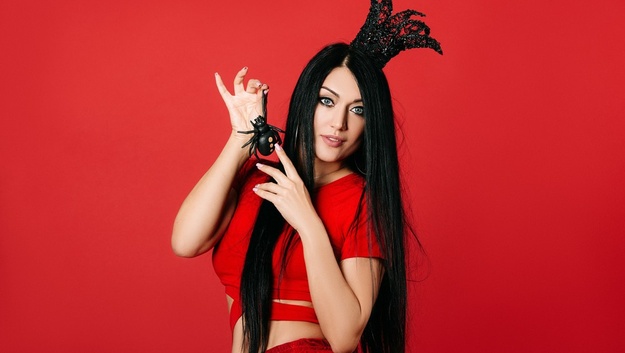 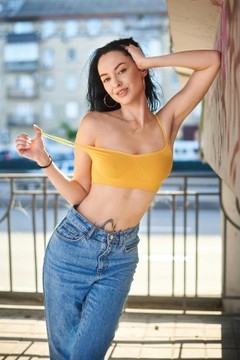 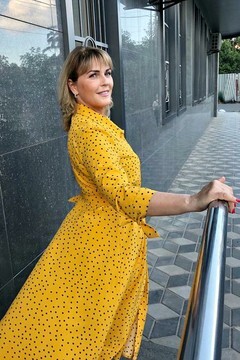 If you finally decided to discover Ukraine – welcome, you are in Kiev. Kiev is, without a doubt, home to the world’s most beautiful women! A visit to Kiev is truly breathtaking. You might have to pinch yourself to believe that women this beautiful could even exist. “Traveller’s digest” says. So grab your suitcase and hurry up to explore this Dream-land with KievDreams.

Our friendly and most professional staff will help you to spend unforgettable time with your special lady, share most authentic and real experience not from the traditional guide-books. Exploring Kiev with us will hopefully serve you as a great starting point for falling in love with Ukraine’s capital. 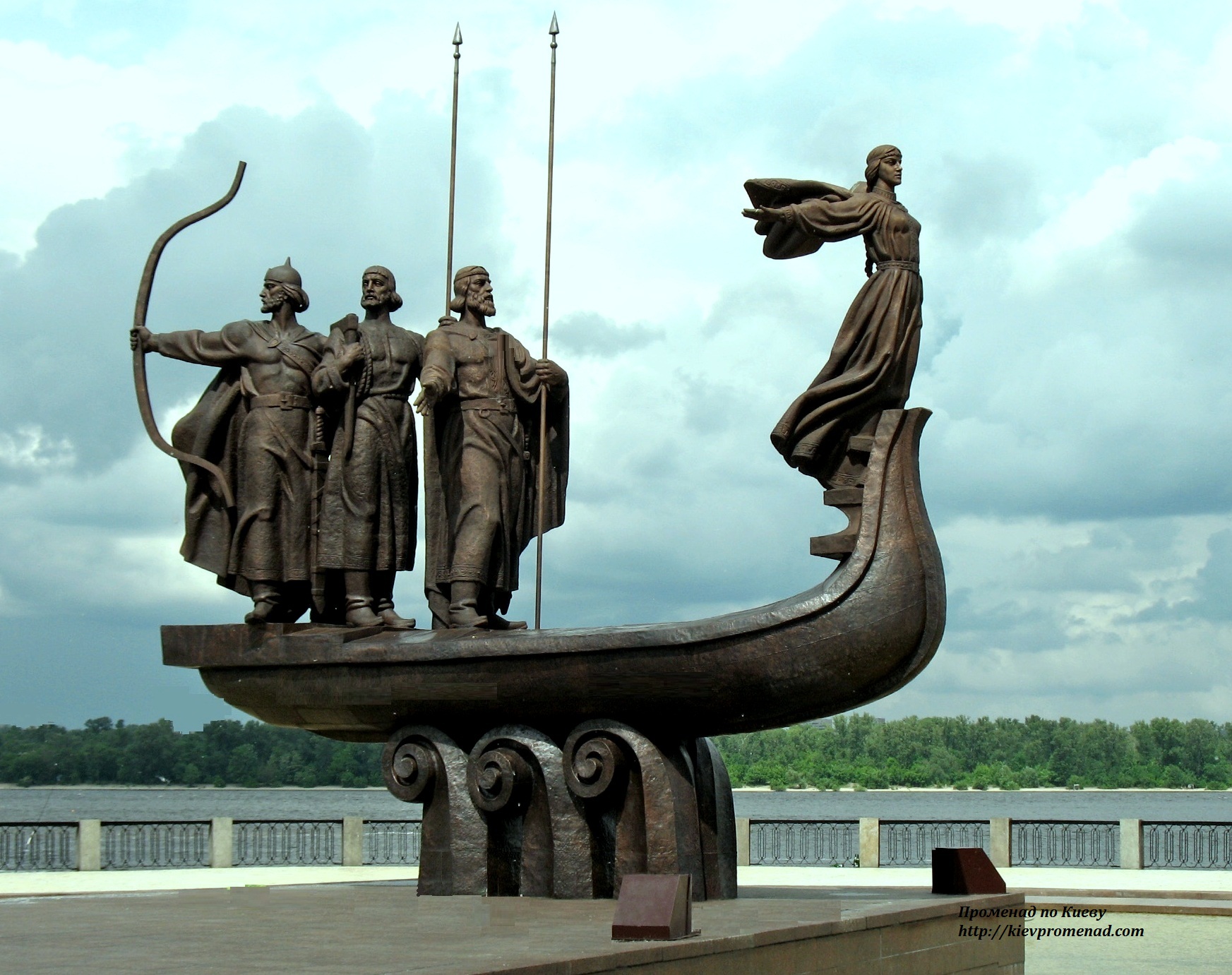 Kiev is mix of modern and ancient which will satisfy any your passion, no matter you like dusty historical mysteries or crazy outdoor activities.

Kyiv is no doubt a green capital, and has dozens of beautiful parks for romantic walks. Mariyinsky and Khreshchatyj Parks have wonderful architectural landmarks, like Mariyinsky Palace, gorgeous building of Kyiv Academic Puppet Theater, and Lover’s Bridge – popular among newly-weds.

If you are into outdoors and would love a more adventurous, take off to Golosiyivsky Park. It is a unique nature park with its cascade lakes situated right in the central part of Kiev. Rent a bike and set off for green escape, only minutes away from busy Kyiv streets. Add cycling to your list of things to do with your lady.

Kiev is famous with ancient cathedrals. There are so many famous, you have chance to choose your favorite one. St.Sophia is beautiful, serene and calm. Its 11th century mosaics are captivating and you can’t keep being amazed at how ancient history presents itself here: in every stone, a bell tower with great views of the city and an amazing interior full of paintings over 1000 years old. Breathtaking, for sure! 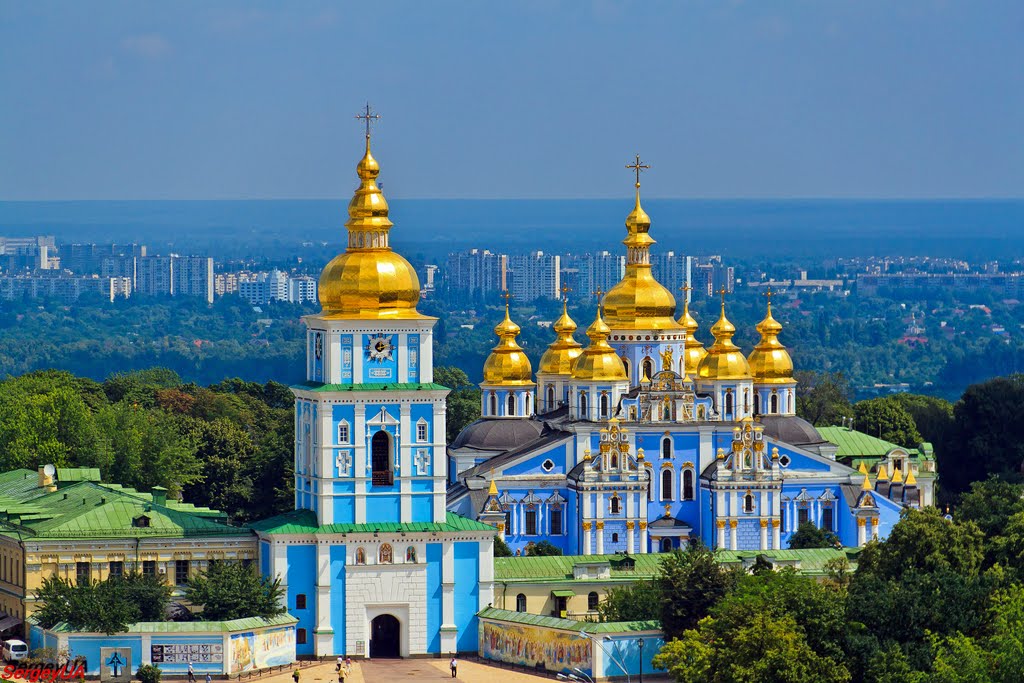 Have you ever wanted to see the world’s smallest book? Or a golden set of chess that would fit on a pinhead? Mykola Siadristy can show you just that! He is the only author in Kyiv’s famous Museum of Miniatures. Located at the site of Kyiv Pechersk Lavra (Eastern Orthodox Cave Monastery, in itself inscribed as UNESCO World Heritage Site), Museum has incredible and mind-blowing exhibition: a rose in a hair, golden caravan of camels in needle’s eye, mock windmill on half of poppy seed.

If you want to feel bohemian spirit Andriyivsky Descent is waiting for you. The Descent, or called by local people – Andriyivsky Uzviz, is a small down-hill street that used to connect the Upper Kyiv with the more commercial district of Podil, located on Dnieper River Banks. The street is packed with historical landmarks: eye-catching 18th century baroque St.Andrew’s Church, the house of the ever-mysterious “Master and Margarita” author – Mikhail Bulgakov, and the Castle of Richard the Lionheart. Andriyivsky Uzviz is also famous for its art bazaar, and is bustling with art galleries, crafts shops and local artisans. Stroll along the street or take up a master class in one of Ukrainian crafts. 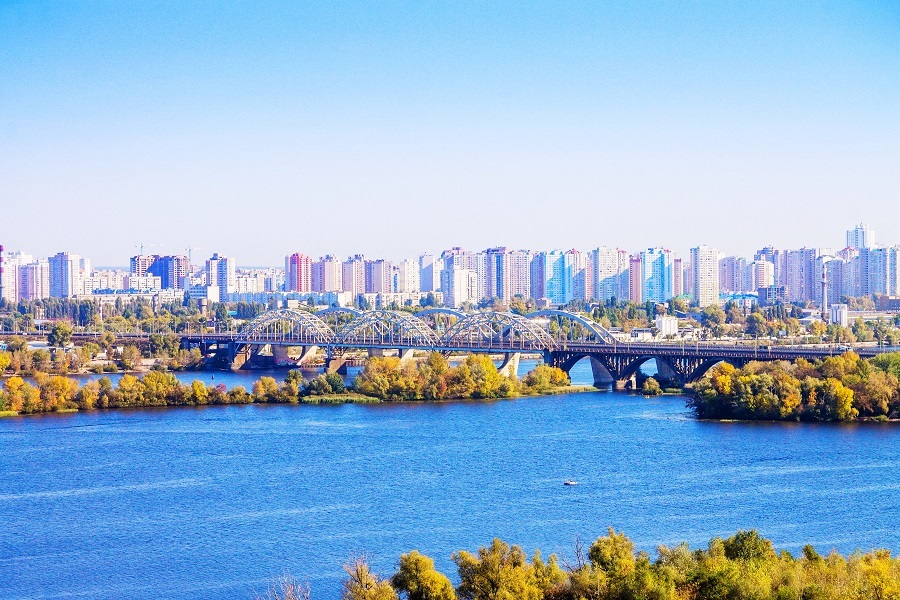 The Dnieper River naturally divides Kiev into the Right Bank and the Left Bank areas. Historically located on the western right bank of the river, the city expanded into the left bank only in the 20th century. Most of Kiev's attractions as well as the majority of business and governmental institutions are located on the right bank. The eastern 'Left Bank' is predominantly residential.

The most famous street of Kiev is Khreschatyk. Despite it’s the shortest boulevard in Europe and one of the most famous in the world. Every building you see has history, every rock you step up has mystery. You never feel it till you walk this street and imagine centuries you walk through. Khreschatyk’s wide chestnut lined sidewalks are ideal for a relaxing stroll. The trees provide both welcome shade from the blistering summer sun and shelter from the region’s signature spring downpours. On weekends and holidays, the street becomes a pedestrian only thoroughfare where locals, travellers and street performers mingle and frolic.

And of course you must see Maydan, the heart of Kyiv and the heart of Ukraine. Walk along its fountains, drink coffee in one of its cafes, enjoy watching some people and feel the freedom how is it. 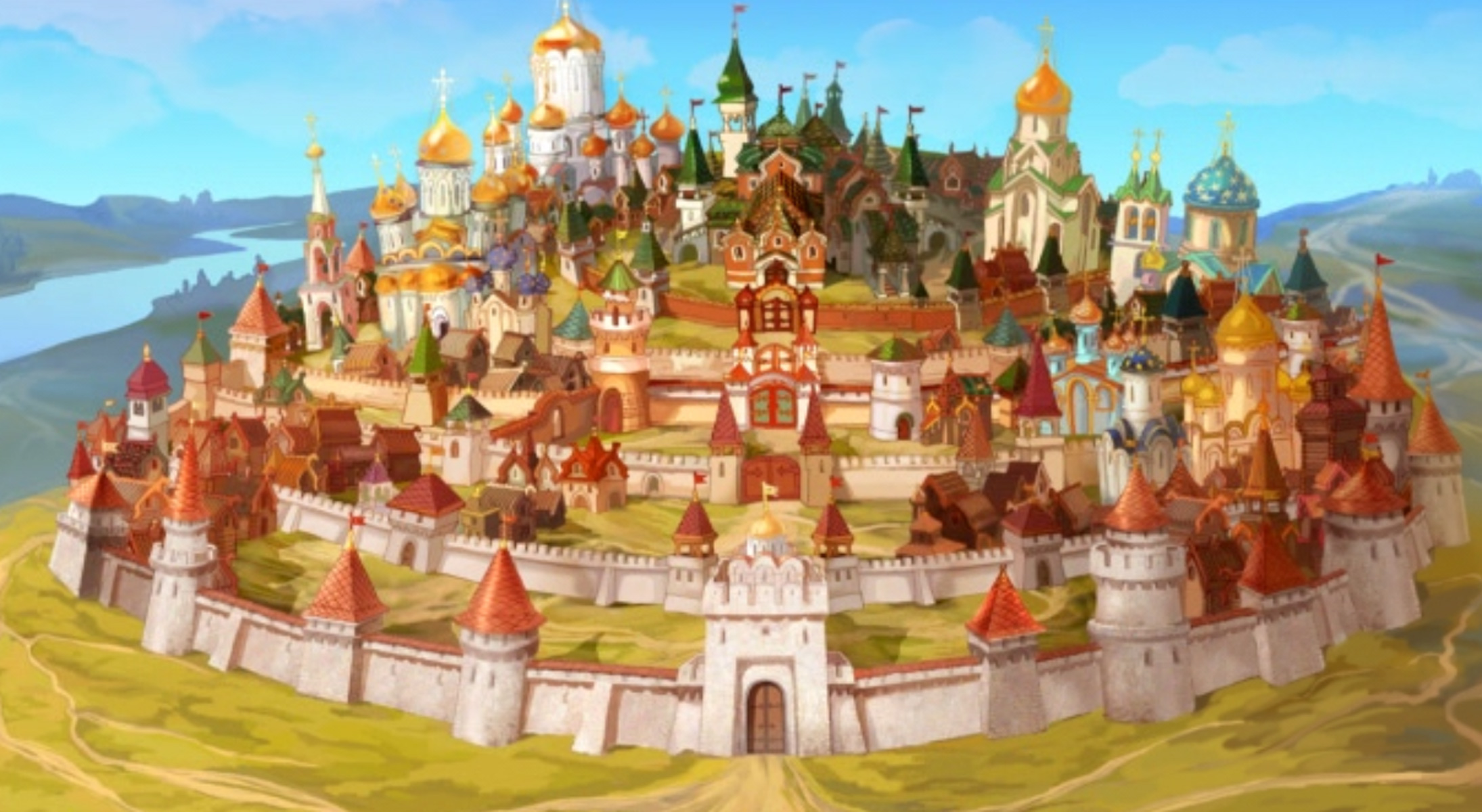 According to the ancient legend, Kiev, the capital of Ukraine, was founded by three brothers, Kyi, Schek and Khoryv, and their sister Lybed, at the end of the 5th-beginning of the 6th centuries. The city was named after the eldest brother Kyi. Kyiv means the city of Kyi.

Many ancient tribes gathered around Kiev, and at the end of the 9th century the city became the political center of the Eastern Slavs. In the year 988 Christianity, introduced by Great Prince Vladimir, became the official religion of the Kievan Rus.

During the 11th and 12th centuries ancient Kiev Rus reached its greatest period of ascendancy. By the 11th century Kiev was one of the largest centers of civilization in the Eastern christian world. At that time, there were about 400 churches, 8 markets and more than 50,000 inhabitants in Kiev. For comparison, at the same time the population of London, Hamburg and Gdansk was about 20,000 people. Kiev was among the most prospering craft and shopping centers of Europe.

After the death of Kiev`s great Prince Vladimir Monomakh in 1125, Kiev Rus became involved in a long period of feudal wars. Foreign powers were quick to take advantage of this situation. In the fall of 1240, the Tatar-Mongols headed by Baty-khan, captured Kiev after series of long and bloody battles. Kiev fell into a prolonged period of decline. The Tartar-Mongols ruled for almost a century. Despite a foreign rule, Kiev retained its artisan, trade and cultural traditions and remained an important political, trade and cultural center. In the 14th century, the Kiev region became the cradle for the modern Ukrainian nation.

In the 15th century Kiev was granted the Magdeburg Rights, which permitted greater independence of the city in matters of international commerce. 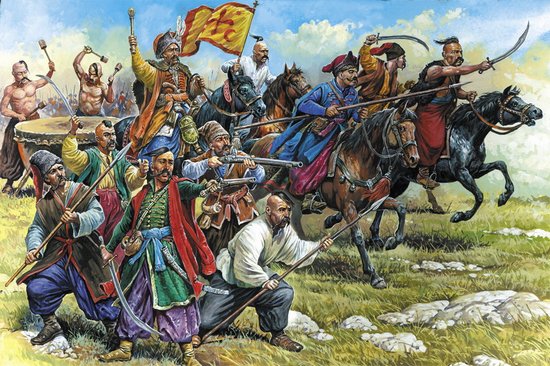 The long road to the independence of Ukraine began with Cossack military campaigns. In 1648-1654 Cossack armies, headed by Hetman Bogdan Khmelnitsky, Ukraine's Cossack leader, waged several wars to liberate Ukraine. In 1648, when the Ukrainian Cossacks rose against Poland, Kiev became for a brief period the center of the Ukrainian State. But soon, confronted by the armies of Polish and Lithuanian feudal lords, Bogdan Khmelnitsky sought the protection of the Russian Tsar in the Treaty of Pereyaslavl. After Ukraine's uni0n with Russia in 1654, however, the city was acquired by Moscow. During a long period of domination by the Russian Empire Ukraine in the 17th and 18th centuries managed to preserve and enjoy some of its rich political, economic, cultural, and religious achievements.

In January 1918 after the fall of Russian Empire, the independence of Ukraine was proclaimed. During the Civil War that followed the October Revolution Bolshevik Party seized power and expanded their sphere of control into Ukraine. Ukraine becomes a part of the Soviet uni0n.

Kiev suffered severely during the World War II, when many unique architectural and artistic treasures were destroyed. Earlier, in the 1930s, the Soviet authorities systematically destroyed many churches. Extensive restoration of the after-war days has revived much of Kiev's historical and cultural heritage. Despite repressions, suffering, political turmoil, and ecological disasters, Ukraine's spirit and national identity have never died. On August 24, 1991, after the collapse of the Soviet uni0n, Ukraine proclaimed its independence. This was the beginning of the whole new period in the history of Ukraine and its beautiful capital. 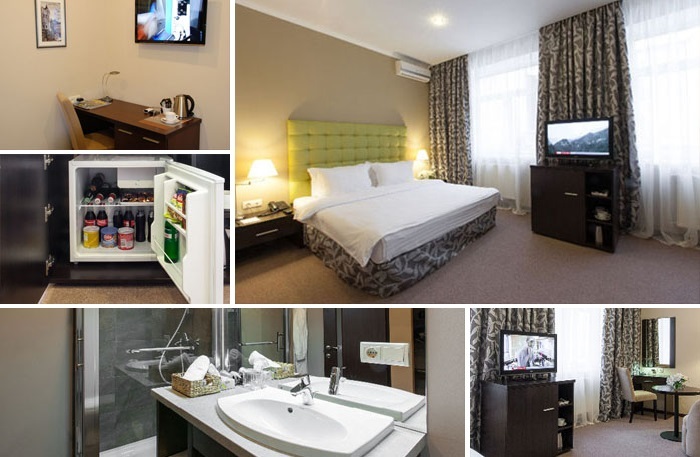 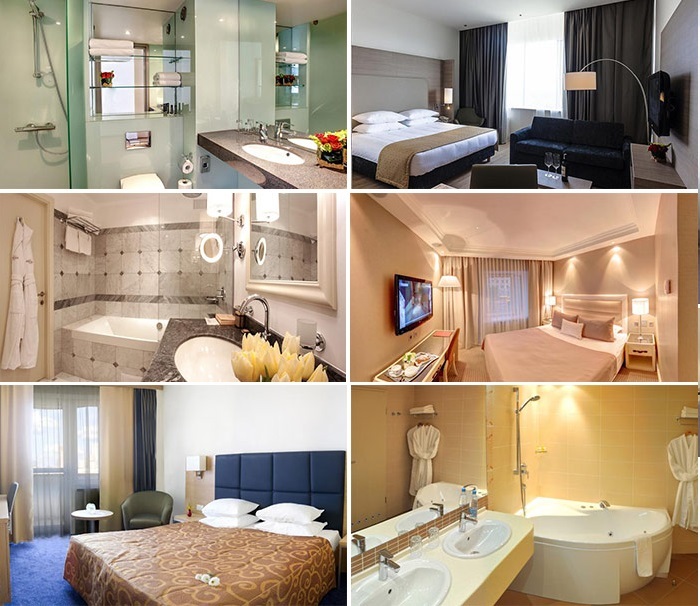 Meet a charming tall woman on UaDreams! Tall Ukrainian and Russian girls are so beautiful in real life as in the pictures

The most beautiful single blondes from Ukraine

If you are looking for a lovely blonde girl to make a new acquaintance, UaDreams is the best choice to start and complete your search.

Plan your night out with UaDreams assistance, and you're guaranteed a perfect first romantic date with the Lady...


All about internet dating scam